How Witness Statements Can Be Used in Your Injury Case?

After you’ve had your attorney file an accident lawsuit in Riverside, he or she will gather as much evidence as possible to support your allegations. Many types of evidence can support your injury case , such as the police report, medical records, and surveillance footage. But witness statements can also play a role in the outcome of an accident lawsuit. Either party involved with the lawsuit, plaintiff or defendant, may use witness statements in litigation. 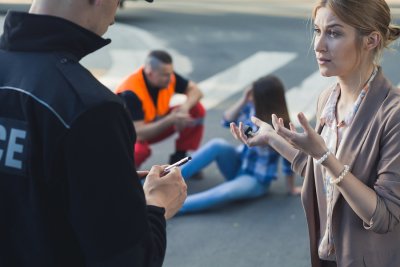 To Negotiate a Settlement

Not all accident lawsuits end with a jury verdict. Many of them are resolved before ever going to trial or during the course of the trial. The defendant in an injury case may be more willing to settle the lawsuit if he or she feels that the jury will find in favor of the plaintiff and vice versa. With credible witness statements and other evidence, a personal injury lawyer can effectively negotiate a favorable settlement with the other party. Of course, it’s entirely at the discretion of the client whether to accept the settlement arrangement or move forward with the litigation.

During the discovery process prior to the trial, an accident lawyer may depose one or more witnesses to uncover the facts of the case. This testimony, which is given under oath, may play a pivotal role in the trial. A witness’ written statement or testimony given during the trial can also serve to influence the jury to find in favor of the plaintiff. For instance, the plaintiff in a car accident case may claim that he or she was driving at the speed limit and did not otherwise violate traffic safety rules. An eyewitness to the accident may substantiate this claim by disclosing what he or she saw.

Medical records are essential for proving the nature and extent of a plaintiff’s injuries. However, the defendant may still try to claim that the accident wasn’t the cause of the injuries. For example, the plaintiff might have sustained a head injury during the accident and the defendant may try to claim that the plaintiff actually sustained the injury earlier in the week during a sporting event. An eyewitness might testify that he or she saw the plaintiff display signs of a head injury at the accident site, such as bleeding from the area, confusion, or impaired coordination.