Tort law refers to the civil proceedings that can bring relief for plaintiffs who have suffered financial losses, physical injuries, or psychological injuries at the hands of the defendants. Tort actions are complex, and they require the skillful attention of an experienced personal injury lawyer in Riverside. Your personal injury lawyer can answer any questions you may have about tort law, including questions pertaining to intentional and negligent torts. 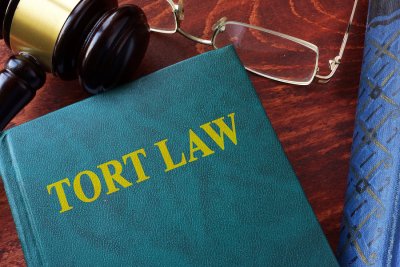 Most tort cases filed by personal injury lawyers are negligent torts. A negligent tort is a personal injury lawsuit filed by the person who was injured (the plaintiff) against the person who allegedly inflicted the injury (the defendant). The lawsuit does not allege that the defendant intentionally harmed the plaintiff, but rather that the harm or financial losses were inflicted as a result of negligence. One common example is a car accident. Hypothetically, John is in a hurry to get home from work and he makes a right-hand turn at a red light without checking for oncoming traffic. Sally, who has right-of-way, drives through the intersection and strikes John’s car because she cannot stop in time. In this case, John could be held liable in a negligent tort. He didn’t intend for Sally’s car to collide with his, but the accident occurred anyway because he failed to check for oncoming traffic. A car accident is just one example of a negligent tort. These cases can include slip and fall incidents, dog bite cases, and nursing home neglect.

Intentional torts are less common than negligent torts. As the term implies, an intentional tort case may be filed by a personal injury lawyer when the defendant is accused of intentionally harming the plaintiff. Intentional tort cases can be tricky to litigate because they rely upon the establishment of the tortfeasor’s state of mind. A tortfeasor is a person who commits a tort or act of wrongdoing. One straightforward example of an intentional tort is assault. Using the previous example of the car accident, when Sally strikes John’s car, it is the result of John’s negligence. However, if John becomes enraged by the accident, gets out of his car, and punches Sally in the face, this is an intentional action that may be litigated in civil court. It should be noted that John may face criminal charges as well, which would proceed separately from an intentional tort claim filed by Sally.